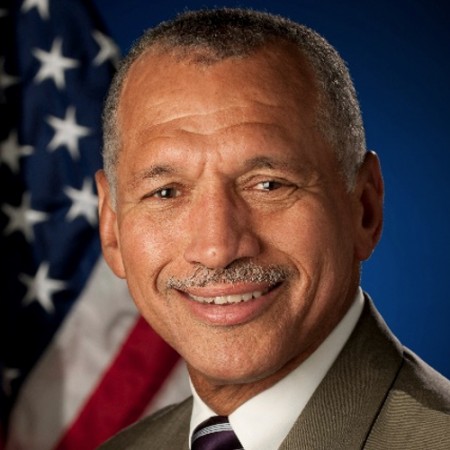 In the history of humanity, few feats have been as world-shattering as the deployment of the Hubble Space Telescope—that unveiled fantastic views of the universe and captured humankind’s imagination—and the development of the Orion spacecraft to carry astronauts to deep space destinations, such as Mars and an asteroid. They embody the highest forms of human aspirations. And one person has been involved in making these dreams a reality, the leader of the NASA team, Major General Charles Frank Bolden, Jr., US Marine Corps-Retired, confirmed by the U.S. Senate in 2009 as the 12th Administrator of the National Aeronautics and Space Administration.

At NASA he led robust science education and outreach programs in collaboration with private and public partners, the transformation to commercial systems for space travel, and the development of technology and spacecraft for NASA’s Journey to Mars and the outer edges of the solar system.

He flew over 100 combat missions (1972-73) as a Marine Corps Naval Aviator. As an astronaut, he flew four NASA space shuttle missions. He was Deputy Commanding General of the US Forces in Japan and Commanding General of the Third Marine Aircraft Wing at Miramar in San Diego. He has received many distinctions including his induction into the U.S. Astronaut Hall of Fame in May 2006. He holds a B.S. degree in electrical science from the U.S. Naval Academy and an M.S. degree in Systems Management from USC.