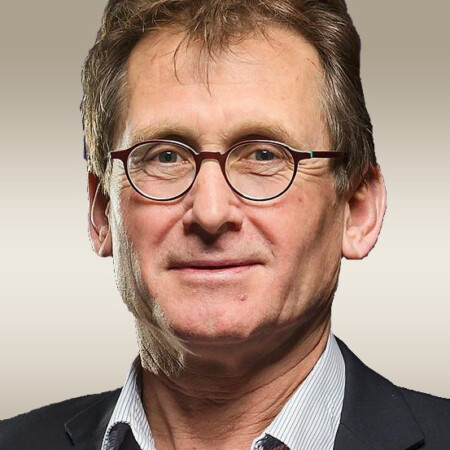 Bernard L. Feringa
The Nobel Prize in Chemistry 2016
Born: 18 May 1951, Barger-Compascuum, the Netherlands
Affiliation at the time of the award: University of Groningen, Groningen, the Netherlands
Prize motivation: “for the design and synthesis of molecular machines.”

Life
Bernard Feringa was born in Barger-Compascuum in the Netherlands, where his family had a farm. He studied at the University of Groningen, where he received his PhD in 1978. After a few years at the Shell oil company in the Netherlands and Great Britain he has been affiliated to the University of Groningen. Bernard Feringa is married with two daughters.

Work
We can imagine that the components of the smallest machines could be molecules. For a machine to function, its parts must be able to move relative to each other. Bernard Feringa has contributed to the development of molecular machines. For example, in 1999 he constructed a molecular motor by making a molecular rotor blade continuously spin in the same direction. In the future, molecular machines could be used for new materials, sensors, and energy storage systems.

Abstract Body: The fascinating molecular motors and machines that sustain life offer a great source of inspiration to the molecular explorer at the nanoscale. The focus is on the dynamics of functional molecular systems as well as triggering and assembly processes. We design motors in which molecular motion is coupled to specific functions. Responsive behavior will be illustrated in self-assembly and responsive materials with a focus on cooperative action, amplification along multiple length scales, and 2D and 3D organized systems. The design, synthesis, and functioning of rotary molecular motors and machines will also be presented with a prospect toward future responsive materials.