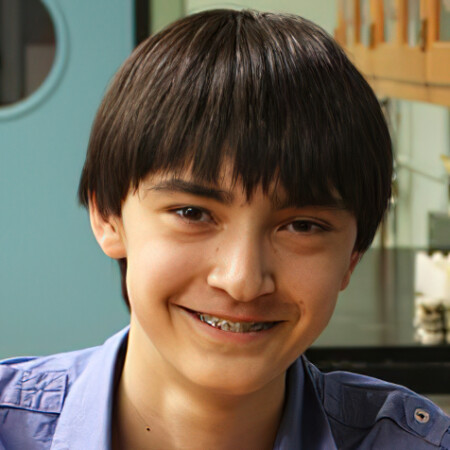 Christopher Hillenbrand – Student volunteer recipient of the 2012 CME Award for Merit. Chris was the 2012 USA Gold Medalist at the International Chemistry Olympiads. At 15 he was the youngest USA high school student to achieve a Gold Medal at the International Chemistry Olympiad. CME was  the first professional group to honor him in 2012 with an Award of Merit. He later went on to receive a Bachelor degree in Science of Chemistry and Physics at MIT.

In 2012, Christopher Hillenbrand, Christopher Hillenbrand, a sophomore at Regis High School in NYC, won the only gold medal for the US at the 44th International Chemistry Olympiad last summer. At 15, he was the youngest to capture gold among 283 of the best students from 73 nations. The American Chemical Society was the official organizer of the IChO. At Regis, Chris received the Order of the Owl for excellence in every subject. He runs the Science Bowl at Regis, a national competition for Science and Mathematics. He attends the Science Honors Program for High School Students at Columbia University and participates in a research project at NYU. While at the Wardlaw Hartridge School (Edison, NJ), Chris obtained perfect scores for SAT subject tests in Math II and Chemistry and in the National Latin Examination. Chris is a member of SET (Study of Exceptional Talent) at Johns Hopkins University.   He qualified for violin at NJ Regional Orchestra. He loves tennis and skiing.