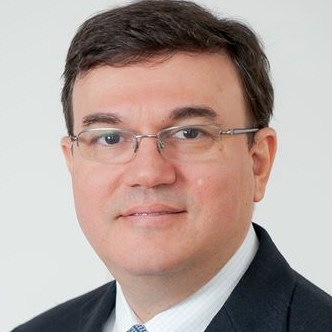 Fernando Musa is the 2013 STEM Leadership Awards Honoree for Global Growth. Musa is CEO of Braskem America. Musa is based in Philadelphia, PA. In addition to his position as CEO Braskem America, Musa has overseen Braskem’s European operations.

In his most recent role, Musa served as Vice President of Planning, IT and Purchasing for Braskem S.A. In addition, he was responsible for quantiQ, Braskem’s distribution business. Previously, he was responsible for the integration of Quattor (a Brazilian chemical and petrochemical company) after its acquisition by Braskem in 2010.

Musa brought a wealth of business experience and knowledge to this role. His international experience and exposure to a wide variety of businesses and industries throughout his career will be key to executing Braskem’s strategy supported by Carlos Fadigas, CEO, Braskem S.A.

A graduate of Instituto Tecnológico de Aeronáutica (ITA) in São José dos Campos, Brazil, with a degree in Mechanical Engineering, Musa also received his MBA from INSEAD in France. Musa worked for 22 years at companies as diverse as Monitor Group as Managing Partner, MGDK as Founding Partner, Editora Abril, McKinsey and Dow Chemical. While with McKinsey, Musa worked in both Mexico and France.

He attained the leadership position in the polypropylene market, and strengthening its position as a key player in the international petrochemical sector with its new industrial presence in Europe. Braskem America is well positioned in North America.