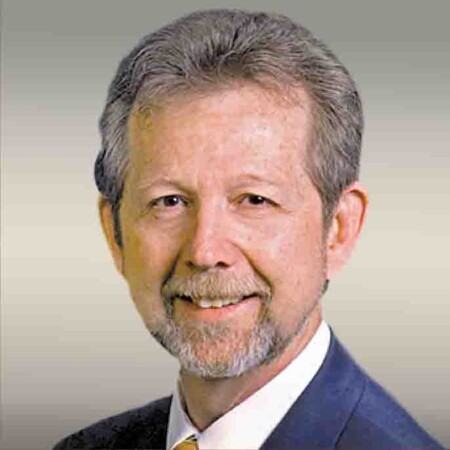 Summary: James Green, PhD, is Chief Scientist at the world’s premier space agency, the National Aeronautics and Space Administration (NASA), he focuses on science communities worldwide. He was the director of the Planetary Science Division at NASA Headquarters since 2006. For 12 years he managed successful missions from Mercury to Pluto that have ushered in a golden age of planetary exploration, including the Mars rovers Spirit, Opportunity and Curiosity; and the New Horizons mission to Pluto and beyond.

Dr. Green received his Ph.D. in Space Physics from the University of Iowa in 1979 and began working in the Magnetospheric Physics Branch at NASA’s Marshall Space Flight Center (MSFC) in 1980. At Marshall, Dr. Green developed and managed the Space Physics Analysis Network, which provided many scientists, all over the world, with rapid access to data, other scientists, and specific NASA computer and information resources. In addition, Dr. Green was a safety diver in the Neutral Buoyancy tank making over 150 dives until he left MSFC in 1985.

From 1985 to 1992 he was the Head of the National Space Science Data Center (NSSDC) at Goddard Space Flight Center (GSFC). The NSSDC is NASA’s largest space science data archive. In 1992 he became the Chief of the Space Science Data Operations Office until 2005 when he became the Chief of the Science Proposal Support Office. While at GSFC, Dr. Green was also co-investigator and the Deputy Project Scientist on the Imager for Magnetopause-to-Aurora Global Exploration (IMAGE) mission. From 1992 to 2000 he was also the Deputy Project Scientist for Mission Operations and Data Analysis for the Global Geospace Science Missions WIND and POLAR. He has written over 110 scientific articles in referred journals involving various aspects of the Earth’s and Jupiter’s magnetospheres and over 50 technical articles on various aspects of data systems and computer networks.

From August 2006 to April 2018 Dr. Green was the Director of the Planetary Science Division at NASA. Under his leadership, several missions have been successfully executed, including the New Horizons spacecraft flyby of Pluto, the MESSENGER spacecraft to Mercury, the Juno spacecraft to Jupiter, the Grail spacecraft to the Moon, the Dawn spacecraft to Vesta and Ceres, and the landing of the Curiosity and Perseverance rovers on Mars.

Over his career, Dr. Green has received a number of awards. In 1988 he received the Arthur S. Flemming award given for outstanding individual performance in the federal government and was awarded Japan’s Kotani Prize in 1996 in recognition of his international science data management activities. He also recently received the NASA Exceptional Achievement Medal for the New Horizons flyby of the Pluto system. Dr. Green also received the 2018 CME STEM Leadership Award for Propelling Space Science.

Abstract Body: People all over the world were elated by the success of humanity’s most daring mission to the Red Planet to date: the landing of the Perseverance rover and the Ingenuity helicopter. Ingenuity is the first ariel vehicle to conduct remote and autonomous research and exploration starting at a distance of over 60 million km from Earth. Find out the extraordinary initial research results on the search for life on Mars and what is next at NASA for industry partnering and find out how you may help in supporting human exploration beyond low Earth orbit.