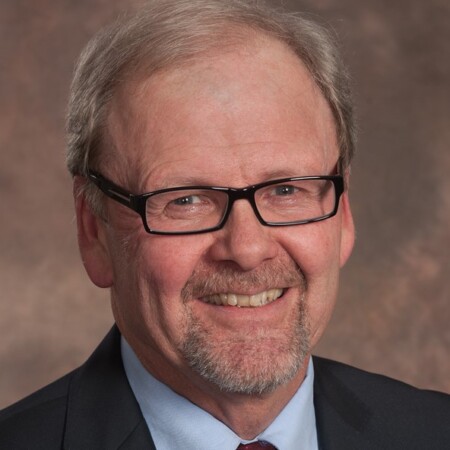 Mr. Jay Vroom has served as president and CEO of CropLife America (CLA) since 1989. Based in Washington, DC, CLA lobbies for the benefits of crop technology in enhancing food, fiber, and renewable fuel production; and advocates for science-based regulations. CLA is a member of the Brussels-based global federation CropLife International (CLI). Vroom is co-founder and Vice-Chair of the CropLife Foundation.

Vroom was a member of the Future Farmers of America and served as an elected state officer in Illinois. He was Director for the Friends of the National Arboretum (FONA). Vroom served at the National Fertilizer Solutions Association (now the Ag Retailers Association), the Merchants Exchange of St. Louis, and the Fertilizer Institute. He graduated with honors from the College of Agriculture, Consumer and Environmental Sciences at the University of Illinois Urbana-Champaign. Vroom was raised on a grain and livestock farm in north-central Illinois and continues to own the farming operation.