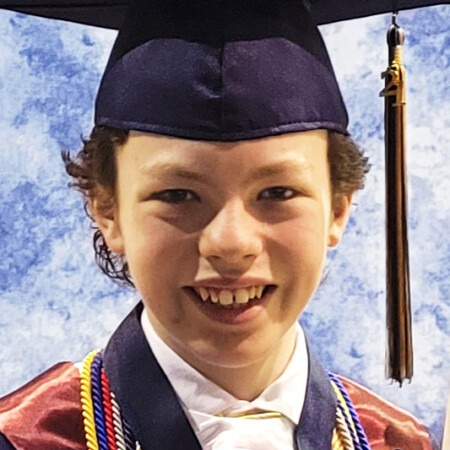 Mike T. Wimmer is the founder and creative mind behind Next Era Innovations. Mike is a profoundly gifted forward-thinking 12-year-old who has his goals set to redefining the future. Even at this young age, Mike has an extensive understanding of the coding and robotic world. He sees the next era in history beginning now with major advancements in the symbiosis between humans and AI robots. Mike’s entrepreneurial goal is to build technology that enables people to live better lives. Mike taught himself most all of his programming and robotic knowledge through trial and error and online videos. Mike has had the opportunity to speak at many conventions, events, and podcasts, including Mensa Annual Gathering 2018 in Indianapolis and 2019 in Phoenix, Boston Mensa Regional Gathering 2019, IEEE Berlin 2021, More Intelligent Tomorrow Series, DATAcated, The Ravit Show, Worldwide Engineering, The Robot Report, Neura Robotics, The Nerd Herd, and the Ellen DeGeneres Show.

In September 2017, he attended the NAO Robotic User and Development Congress held at the NERVE Center on the campus of UMASS Lowell. He had the honor of speaking and presenting in front of Congress. Mike was the winner of the Educational Application Development award. He returned to Congress in 2018 as a technical instructor teaching breakout sessions on database incorporation using a Nao robot. Mike again won an award, this time for the Most Downloaded Nao App of the Year. 2019 saw Mike receive the award for Hardware Development of the Year.

In July 2019, Mike was the first minor (kid) ever to be award a contract position by the United States Special Operations Command USSOCOM. Mike attended a Rapid Prototyping event held in Tampa, Florida, with the countries best and brightest professionals. At the conclusion of the event, Mike was one of only five people to be awarded the USSOCOM Science and Technology Military Challenge Coin. It was presented to Mike for “Outstanding Contribution to the Vision of the Mission.” Since 2019 NEI and Mike have successfully completed numerous contracts and received more awards in support of the Warfighter. Mike states, “If my developments give just one soldier an advantage that allows him/her to return safely home to their family, then all of my efforts are well worth it!”