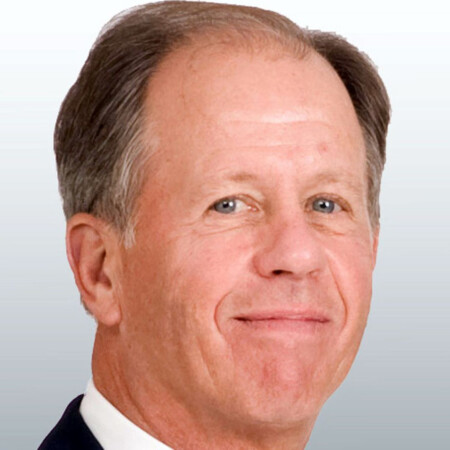 Peter McCausland, Chairman and CEO of Airgas, Leadership Award Honoree for a lifetime of achievement. Mr. McCausland founded Airgas (NYSE: ARG) in 1982 with the purchase of Connecticut Oxygen, an industrial gas distributor with approximately $3 million in sales.  Through strategic growth initiatives and over 400 acquisitions in 30 years, McCausland has led Airgas to become one of the premier industrial gas companies in the U.S., with sales of more than $4.7 billion in its most recent fiscal year.  Since its IPO in 1986, Airgas has delivered a total return to shareholders that is among the highest in the S&P 500 Index.

Peter McCausland is Chairman of Airgas, Inc., (NYSE: ARG), the largest distributor of industrial, medical and specialty gases in the United States. Mr. McCausland founded Airgas in 1982, has been President and CEO since 1987, previously served as Chairman of the Board from 1987 to September 2010, and was elected Chairman again in August 2011. Before starting the firm, he served as General Counsel for MG Industries. He also was a founding partner in the law firm of McCausland, Keen & Buckman, which specialized in mergers, acquisitions, and financings. He serves as a director of the Fox Chase Cancer Center, and the Philadelphia Orchestra Association, among other groups. He graduated cum laude from Boston University Law School with a J.D. degree after earning a B.S. degree in history from the University of South Carolina. Mr. McCausland is an avid golfer and competitive sailor. He and his wife, Bonnie, have two children, Christopher and Elizabeth.