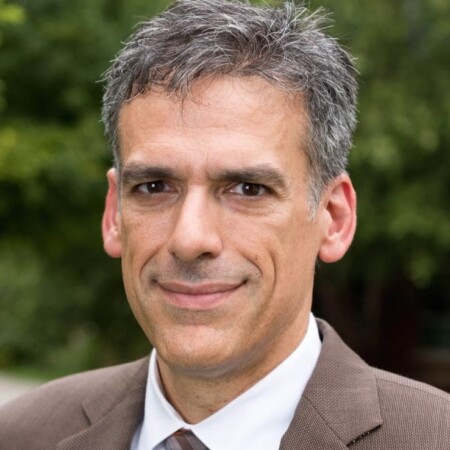 Dr. Rigoberto Hernandez is the Gompf Family Professor in the Department of Chemistry at the Johns Hopkins University as of July 1, 2016, and remains as the Director of the Open Chemistry Collaborative in Diversity Equity (OXIDE) since 2011. Before Hopkins, he was a Professor in the School of Chemistry and Biochemistry at Georgia Tech, and Co-Director of the Center for Computational Molecular Science and Technology he co-founded. He holds a B.S.E. in Chemical Engineering and Mathematics from Princeton University (1989), and a Ph.D. in Chemistry from the University of California, Berkeley (1993). (Hernandez was born in Güinez, Havana, Cuba but was raised and educated in the United States of America since he was in primary school. He is a U.S. citizen by birthright.)

Dr. Hernandez is the recipient of a National Science Foundation (NSF) CAREER Award (1997), Research Corporation Cottrell Scholar Award (1999) , the Alfred P. Sloan Fellow Award (2000), a Humboldt Research Fellowship (2006-07), the ACS Award for Encouraging Disadvantaged Students into Careers in the Chemical Sciences (2014), the CCR Diversity Award (2015), the RCSA Transformative Research and Exceptional Education (TREE) Award (2016), Herty Medal (2017), the ACS Stanley C. Israel Regional Award for Advancing Diversity in the Chemical Sciences (2018), and the RCSA IMPACT Award (2020). He is a Fellow of the American Association for the Advancement of Science (AAAS, 2004), the American Chemical Society (ACS, 2010), the American Physical Society (APS, 2011) and the Royal Society of Chemistry (RSC,2020). In 2015-2016, he was a Phi Beta Kappa Visiting Scholar. At Georgia Tech, he served as the first Blanchard Assistant Professor of Chemistry (1999-2001), the first Goizueta Foundation Junior Rotating Faculty Chair (2002-07) and a Vasser Woolley Faculty Fellow (2011-13). His recent board memberships include the DOE Committee of Visitors (Division of Chemical Sciences, Geosciences and Bio-sciences, 2014), the American Chemical Society Board of Directors (2014-2019), Editorial Advisory Board, Journal of Physical Chemistry (2019 – present). the AAAS Committee on Opportunities in Science (COOS,2020-2021), and the Science and Software Advisory Board (SSAB) of the Molecular Sciences Software Institute (MolSSI, 2017-2020) as member (2017), Vice-Chair (2018), and Chair (2019-2020).