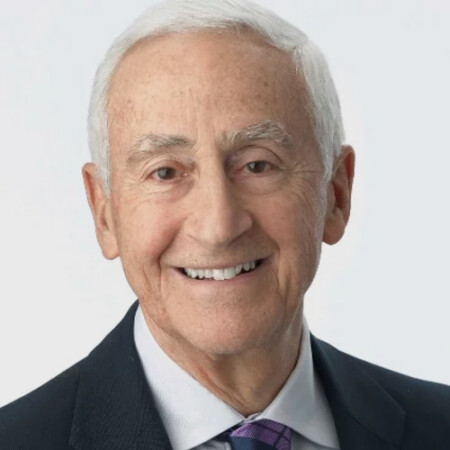 Dr. Roy Vagelos has an unmatched record in building both pharmaceutical and biotechnology companies into top world-class enterprises that effectively translate science into medicine. Under his leadership Merck was elected Fortune’s Most Admired Corporation seven years in a row.

Dr. Vagelos is the retired Chairman and CEO of Merck & Co., Inc. He received a Chemistry AB in 1950 from the University of Pennsylvania and an MD in 1954 from Columbia University. After working at Massachusetts General Hospital, the National Institutes of Health and Washington University School of Medicine in St. Louis, he joined Merck Research Laboratories in 1975. In 1985, he became CEO and later Chairman until retirement in 1994.

Since becoming Chairman of the biotech company Regeneron Pharmaceuti-cals in 1995, he continues in that role while also serving as Chairman of the Board of Advisors at Columbia University Medical Center. Dr. Vagelos is a member of a number of public policy boards, including the National Math & Science Initiative and The Nature Conservancy.

The author of more than 100 scientific papers, Dr. Vagelos is a member of the National Academy of Sciences, the Institute of Medicine and the American Academy of Arts and Sciences. He has received 14 honorary doctorates. In the past, he was Chairman of the Board of the University of Pennsylvania and served on several boards including TRW and McDonnell Douglas.