Exceptional leadership has turned Hexion around into a leader in its field. Hexion Inc. is a global leader in thermoset resins serving the adhesive, coatings, composites and industrial markets. The architect behind the successful turnaround of Hexion is its Chairman, President and CEO Craig Rogerson. He will discuss the journey to drive sustainable earnings growth and strengthen its balance sheet by using customer–centric growth strategies and application-focused innovation.
Don’t miss this unique opportunity to learn from the head of a leading global supplier of thermoset resins about the ingredients for the successful turnaround and what is ahead in this exciting market segment.

He was President, Chief Executive Officer and Director of Hercules Incorporated from December 2003 to November 2008. Mr. Rogerson joined Hercules in 1979 and served in a number of management positions, including President of the FiberVisions and Pinova Divisions, Vice President of Global Procurement and Chief Operating Officer. He was President and Chief Executive Officer of Wacker Silicones Corporation from 1997-2000. In May 2000, he rejoined Hercules and became President of its BetzDearborn division in August 2000.

Mr. Rogerson is an independent Chair of the board of PPL Corporation and serves on the boards of the American Chemistry Council and the Pancreatic Cancer Action Network. He also previously served on the boards of Ashland Global Holdings Inc. and the Society of Chemical Industry. He also serves on the Alumni board of the Michigan State University College of Engineering and on the Advisory board of the MSU Chemical Engineering & Materials Science College. For Hexion Holdings Corporation, he serves on the Listing Committee. 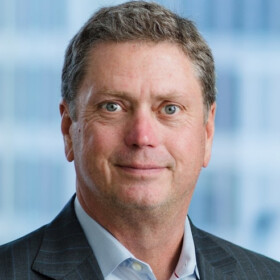 Reopening the World Under Deep Uncertainty